This article is part of a series called “Twente Leeft!” (Twente Lives!). You can read personal stories here about living and working in Twente. Twente is a nice place to be, according to the talents we meet. The beautiful nature, space, and the down-to-earth mentality all characterise Twente. There are also plenty of career opportunities! Twente has many innovative, international and future-proof companies that are desperate for staff. Want to know what Twente has to offer? You can find Lars Zijlstra's story below.

It is Lars’ first full-time job, and he is delighted with it. “I started here as a calculator. That is how it usually goes here. You know exactly which materials are needed and how much something costs afterwards. I indicated that I wanted a position as a work planner when I was hired. That is what I am now. My first project was a challenging one: a Bouwmaat had to be built in Oss. My employer had complete confidence in me and gave me the responsibility. This does bring some pressure, of course, because you know that if you do something wrong or if something does not add up, the whole thing can become a big mess.” But it went well, and now, eighteen months later, he works on big projects throughout the country. 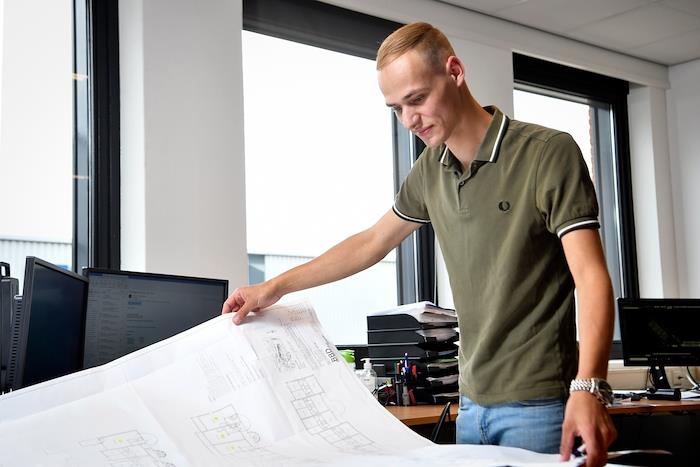 He does all this from his home town Rijssen, the capital of construction in the Netherlands, according to him. “There are so many large construction companies here. You can still see vans from Rijssen driving around when you are in the West. I never even thought about leaving Twente after I finished studying. I have everything here; friends, family, my girlfriend and plenty of work. The mentality of ‘taking action and following through’ appeals to me and suits me. In Rijssen, I am close to everything. I can cycle to work and friends. It is a great place for going out too, normally. We go to Hengelo or Amsterdam sometimes or visit an FC Twente game. This is a great place for living.”

Lars was born and raised in Twente, but he does have experience with other places. He did an internship in Cologne and lived in Curacao for six months during his studies. “It was great. The weather was always nice, and you could get to the beach in no time. But I really would not want to live and work there. The work we do here with four people is done by ten over there, and it can easily take four weeks to get an answer to an email. I’d rather work here”, he says. 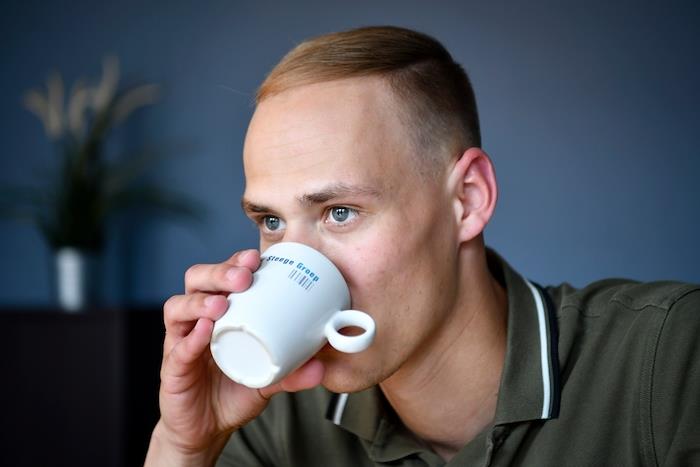 “We all have beers together on Fridays. The atmosphere is nice, and Ter Steege gives you every opportunity to develop yourself. I am in a two-year programme where I can follow all kinds of courses, trainings and education, as long as I can argue that they are necessary for my development. I have already done quite a few, such as a presenting and a time management course. I am now taking a course in project and process management. It is great that my employer gives me these opportunities.” 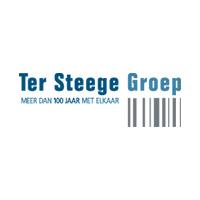 Verry happy with career opportunities and living environment in Twente

Norbert from Twente comes back home