In the middle of the strict lockdown period, she moved to Twente. A place she didn't even know exactly where it was until a year and a half ago. Love led her to the decision to move from Houten to Delden. She now sees her boyfriend every day, but the move also earned her a new job as a nurse specialist at Aveleijn.

Moving away usually means a day of rocking out with a bunch of friends and at the end of that long day plodding down together with a drink. If your house is in order, a housewarming follows, after which your house becomes a proper home. When corona throws a spanner in the works, the picture looks different: then the two of you pack a bus, drive together to your new house and then unpack everything. That happened to nurse specialist Diana Nuijs last April. Although a housewarming has to wait, she already feels settled in Delden and also with her new employer: Aveleijn.

Diana works at the organisation's Medical Service, which provides mental health care and counselling. "We carry out the periodic screening of clients who have a sign and in which it involves the Medical Service. In my position, I have a combination of executive and policy work. During this period, for example, I take corona tests on people who have complaints, but I also map out the training needs of the Aveleijn team." The move to Twente was a big change for her. For her work, that's no less. "I worked in the emergency department in a hospital in Amsterdam. It was hectic, I turned irregular services and often had to respond ad hoc. In this function, there is more peace. We can signal and anticipate a pleasant way of working." 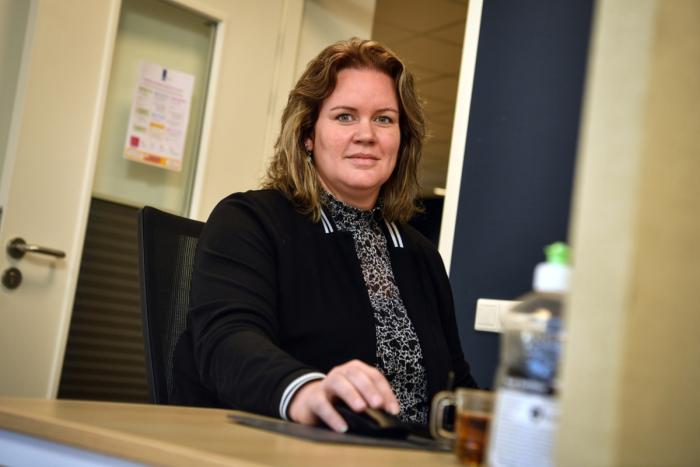 Diana's target group in Twente is also much more specific than the one in Amsterdam. "Of course, people from all backgrounds end up in the emergency department. The people I work with now, mentally impaired, are very nice. "Spontaneous and transparent, making them vulnerable. You can never go in with these people with an 'outstretched leg' as you sometimes had to in the emergency room. You get a mirror immediately held up and instructive and also pleasant."

She enjoys living in Twente and her job. "At first I couldn't understand anything about the language. For example, the word 'hakkepak' and expressions like ‘goed te pas' (I feel fine) were strange. I didn't know! I sometimes felt like a tourist in the supermarket. Everyone speaks with an accent, and I speak regular Dutch. But that feeling is gone now. And Twente is beautiful. We walk the dog to Twickel, and my friend gave me a 'tour of the farmer' which showed me new places. The friendly and down-to-earth mentality of the Twentenaren (people from Twente) suits me well." 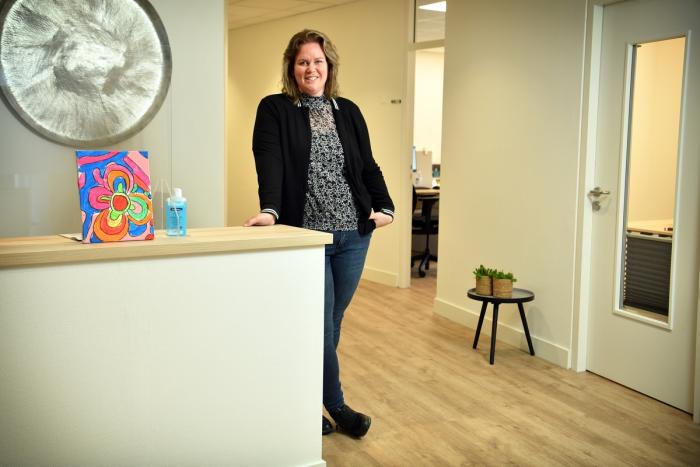 She has even fully embraced the concept of 'goed te pas'. "I use it in conversation with clients often. I notice that it gives recognition and provides a clearer answer than asking how someone is doing. That's good to know and notice. Working with Aveleijn's clients is not what she was used to. "But because I have come into contact with all the people in my previous work, the transition is not enormous. Communicating at every level, I was already familiar with that. Dealing with aggression or unwillingness, behaviour that sometimes occurs, I did. I still need some depth in psychopharmaceuticals on a medical level, but I have all the possibilities here at Aveleijn. I like Twente very much."