Tom and Bart Grobben, two brothers from Boekelo, will take over their parents’ dairy farm. Their parents are still helping them out a bit, at the moment. “Typical farmer boys”, you might think at first, but nothing could be further from the truth. The brothers are growing soy, in addition to keeping dairy cows. They use the soy to make soy milk, a first in Twente. Tom and Bart are focused on the future; they want to contribute to having a sustainable agricultural sector. Want to know more? Read on below.

· Tom and Bart Grobben started a soy farm in Twente

This article is part of a series called “Twente Leeft!” (Twente Lives!). You can read personal stories here about living and working in Twente. Twente is a nice place to be, according to the talents we meet. The beautiful nature, space, the down-to-earth mentality; they all characterise Twente. There are also plenty of career opportunities! Twente has many innovative, international and future-proof companies that are desperate for staff. Want to know what Twente has to offer? You can find Tom and Bart Grobben’s story below. 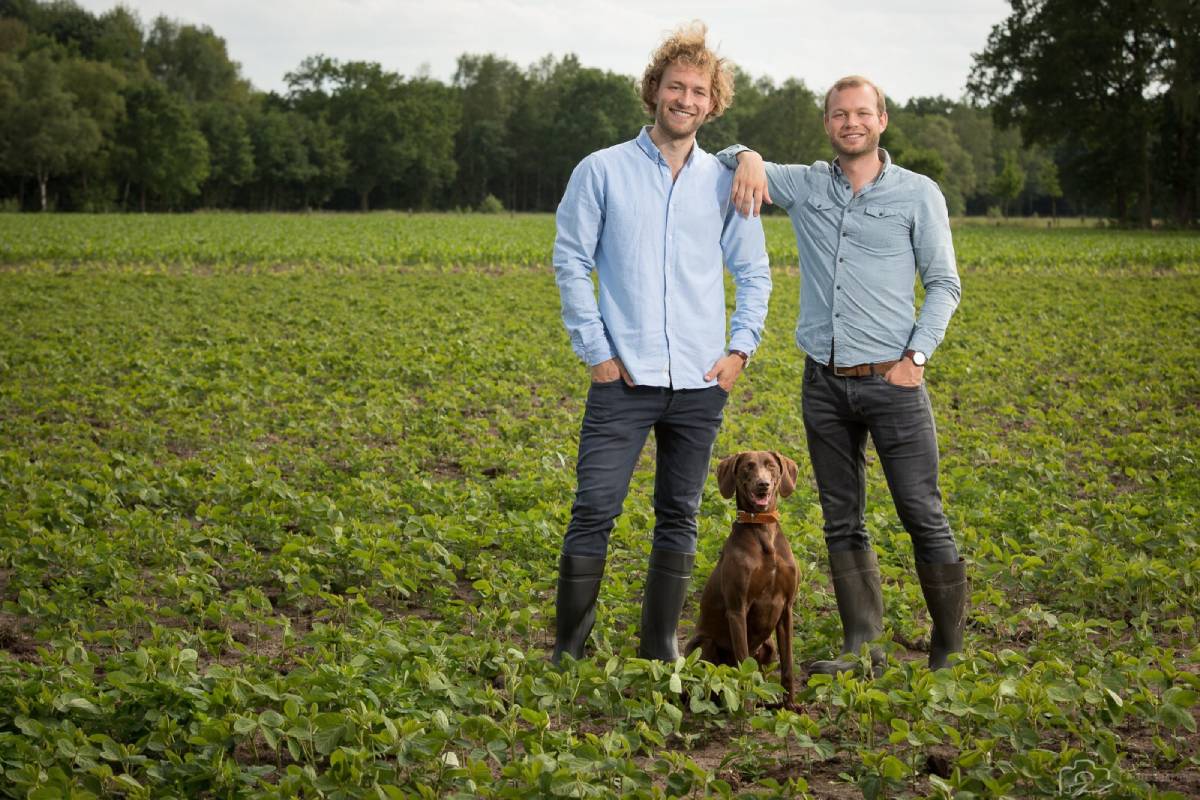 Tom and Bart Grobben grew up as real farmer boys on their parents’ dairy farm in Boekelo. They experienced this as a cosy, but still free childhood in the Twente countryside. They now run the farm themselves, together with their parents, but they have added a special twist; they produce both cow milk and soy milk. However, it was not always obvious that they would take over the farm one day. The two brothers wanted to study and see more of the world. “To be honest, I never thought we would take over the farm. I saw my parents working hard 24/7, so I always thought I would do something different. Our parents have encouraged my brother and me to look beyond the farm: go and discover the world.”, says Tom.

“We wanted to see if we could do something to make the agricultural sector more sustainable. And so, we started looking for a way towards a sustainable future.”

After studying in Utrecht and Amsterdam, among other places, the brothers started studying in Wageningen. Bart and Tom followed the Master’s programme in Management, Consumers and Economic studies. Bart specialised in business administration and Tom in consumer science. The brothers complement each other nicely in this way, which turned out to be incredibly useful in their future company. Their time in Wageningen did change their mind about farm life. “We realised, especially when we both studied in Wageningen, that food production is actually very cool. We then started thinking about doing something with the farm, but in our own way”, says Tom. “We did always have some feeling of responsibility towards the farm, and I wanted to go back to Twente”, says Bart. They did definitely find their own way. They found soy plants that can grow on Dutch soil during their studies. A golden idea was born: growing soy for the production of soy milk in addition to traditional dairy farming.

Tom and Bart received a lot of media attention because of their unique idea; it would be the first soy milk from Twente. Their idea was also in the spotlights because the demand for vegetable protein is increasing. Twente is part of this national trend in that regard. Soy is incredibly popular in Twente. Farmers, in general, are being criticised a lot because of the nitrogen crisis. That is also why the idea of the two brothers seemed to catch on so well. After all, you do not need cows for producing soy milk, which greatly reduces the nitrogen emissions of a farm. The brothers found a future-proof way of farming, and they wanted to prove to the world that they can earn money with it. “However, for us, it is not all about making a profit. You can see that there is still much work to be done in the agricultural sector, livestock farming in particular. “We wanted to see if we could do something to make the agricultural sector more sustainable. And so, we started looking for a way towards a sustainable future.”

“We then started thinking about doing something with the farm, but in our own way!”

“Initially, we planned to make the catering industry our main target group, but the corona crisis had completely paralysed that industry, Tom explains. “At the moment I’m simply glad that we still have the dairy farm because that doesn’t just stop. On the other hand, we could really use a breather after everything being hectic.” The brothers had already run a pilot at catering company Sam Sam in Enschede, just before the crisis. “We think that went very well”, says Tom. “Bolscher Meer dan Vlees is currently being a great help with marketing our product. The Bolscher brothers are also working hard when it comes to developing vegetable products, and that is why they are such a good match with us. Their advice has already meant a lot for us, and our soy milk will soon be available in the range of Bolscher Meer dan Vlees products.” In other words, the Grobben brothers have already taken some big steps, but still have some barriers to overcome. For example, it turns out that growing soy on a medium scale is quite difficult. 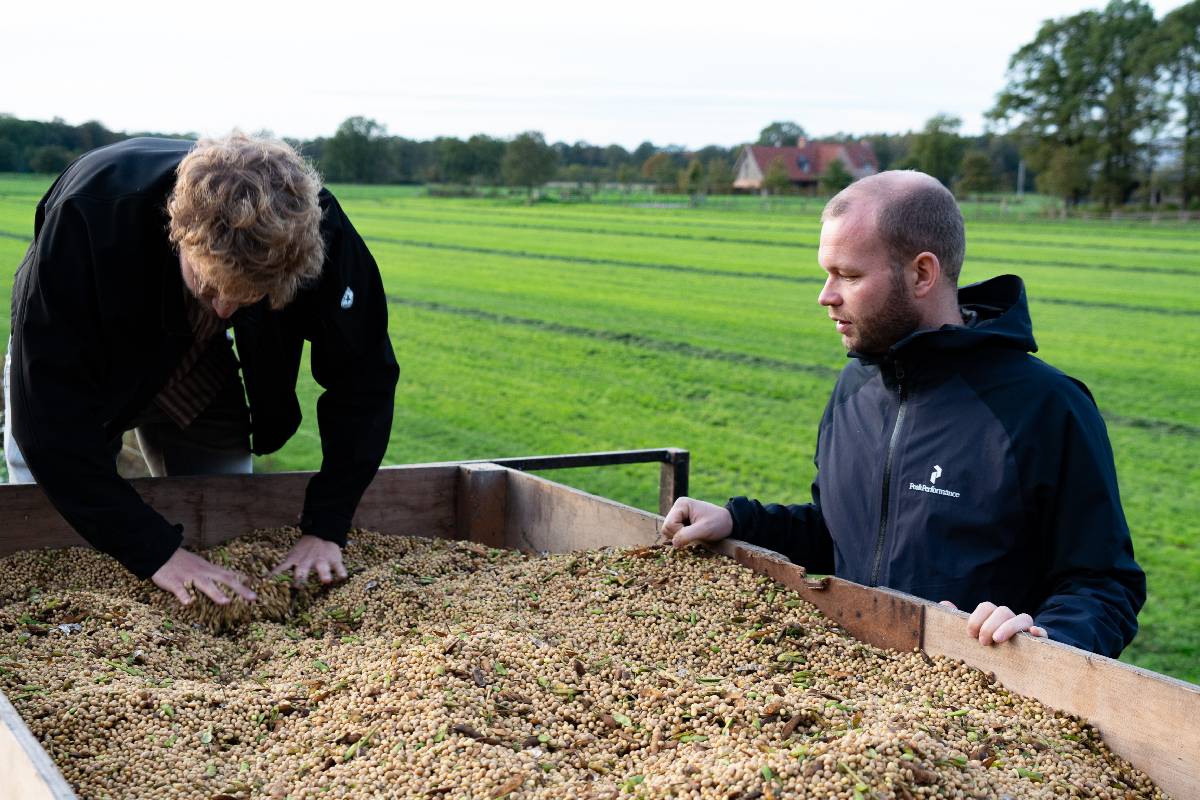 Going back to Twente made sense, even though the brothers lived in the Randstad and Wageningen for quite a while. “Every place has its charm, but living in Twente is simply beautiful. It is a different way of life. I love Twente’s beauty, and I have always felt like my future is in Twente.”, says Bart. “Family is also very important to us”, Tom continues. “I would come back to Twente at least once a month when I was in Wageningen or Utrecht, to be with family and help out on the farm.” The brothers are both happy with the steps they have taken, and they are confident about the future and their soy milk. Tom: “It is a dream come true for me, if my brother and I can make a living with this. It is going very well, fortunately.”

The Beast: a unique drone for emergency services

This biological ammonia filter has been approved after years of research