Sanne Beld is a proud farmer from Twente, but she has more than the average farm. Sanne is working on setting up a so-called regenerative farm, which focuses on nature’s resilience. The aim is combating soil depletion and promoting biodiversity. “This really is very urgent.”, Sanne says, “Not just for preserving unique species, but for our survival.” Want to know more? Read her story below.

This article is part of a series called “Twente Leeft!” (Twente Lives!). You can read personal stories here about living and working in Twente. Twente is a nice place to be, according to the talents we meet. The beautiful nature, space, the down-to-earth mentality; they all characterise Twente. There are also plenty of career opportunities! Twente has many innovative, international and future-proof companies that are desperate for staff. Want to know what Twente has to offer? You can find Sanne Beld’s story below. 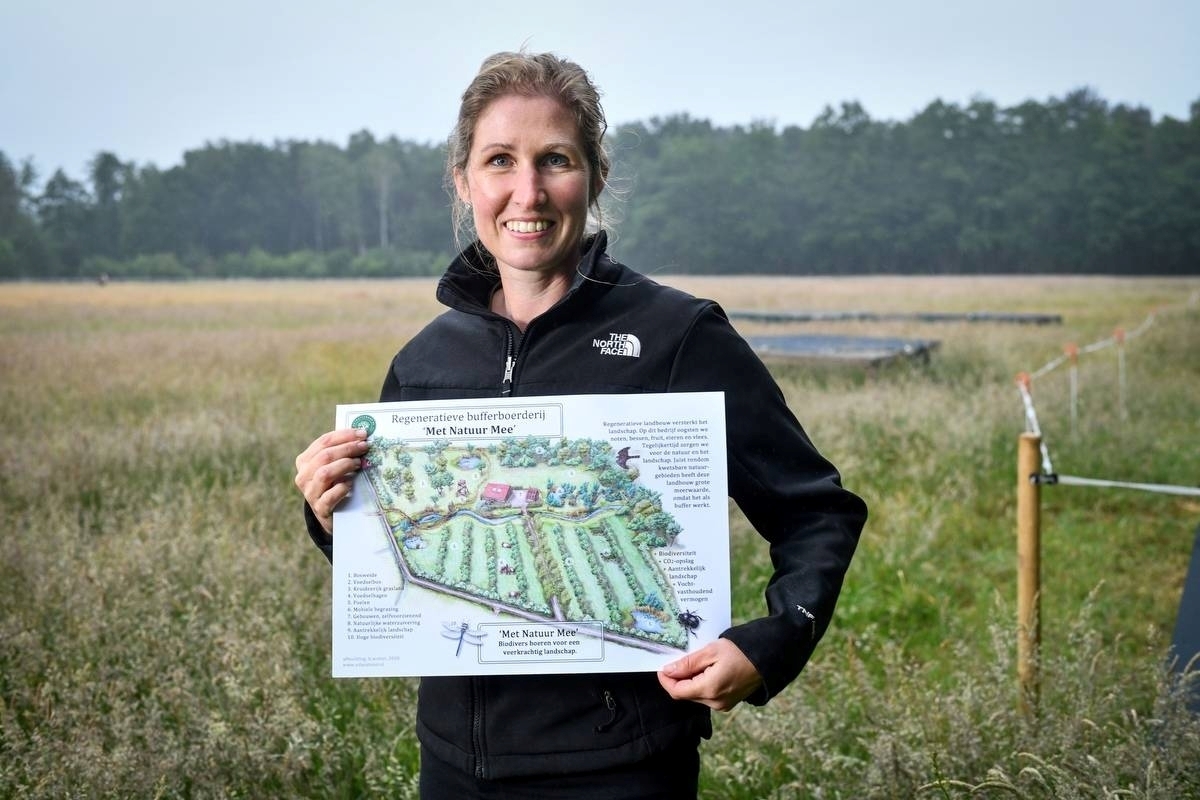 Sanne Beld was born in Enschede in 1982, and she moved to Haaksbergen with her parents at the age of eight. She felt at home there; Sanne has always had a strong sense of connection with this region. “It’s a feeling mostly, being at home. You can’t ever take this feeling away from me. It’s too strong.” Sanne and her sister were always outdoors during their childhood. “Nature has always played a major role during my youth”, says Sanne. Sanne would eventually return to Twente to do something for that very nature. “The things I do for work, I really want to do that for Twente. The situation is incredibly urgent there. Just look at the current drought. We must do something about the soil because of climate change.

“Twente has always had a pull on me. I would come back for a while every single time because I would be feeling homesick.”

Sanne has experienced many things during her life. She travelled regularly as a young adult; she spent a year in Australia, for example. She has also lived in Limburg, Kampen and Arnhem, among other places. The only constant was that she kept coming back to Twente. Sanne worked in healthcare at the start of her career, but she ended up choosing for something completely different. She followed an internal training at Staatsbosbeheer (the state forestry commission), to become a forester. A function became available in Twente eventually, so Sanne was finally able to settle down in the place she felt most at home. “We have been living in Haaksbergen for four years now. Having two children also played an important part in that.”

“Working in nature, I saw how fast things are deteriorating here. I had a strong urge to do something about it, so I quit my job and started my own company. Our current food system is one of the main causes of biodiversity loss and climate change. Worldwide, but in the Netherlands as well, certainly. It is of vital importance that we buffer the soil again, especially in buffer zones- the edges around vulnerable nature areas. My company, With Nature, focuses mainly on buffer zones in Overijssel.” Sanne’s plan is making the soil buffer again through regenerative farming. The soil will not be exhausted with this; it is supplemented instead. You can read more about her regenerative farm in this article.  Sanne followed a training about regenerative farming in California. She is still closely involved with this knowledge institution, so that knowledge about regenerative farming from all over the world can be applied in the Netherlands and in Twente. 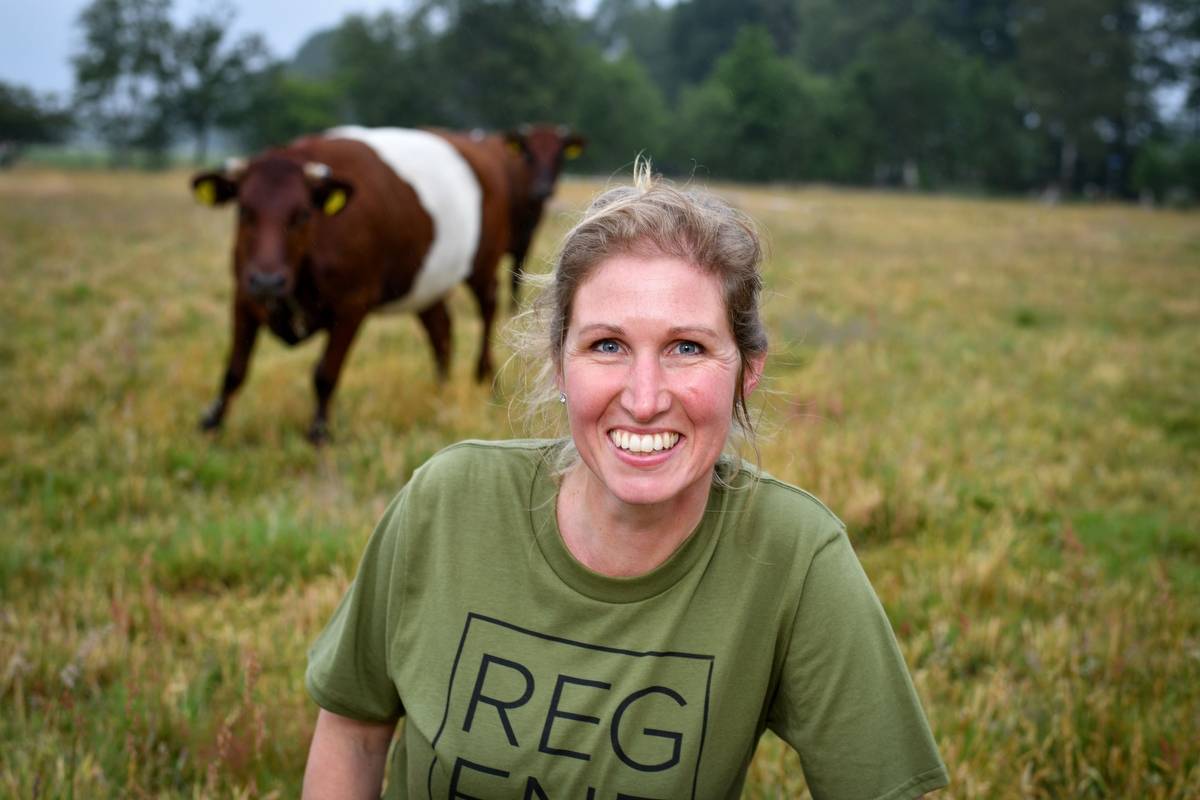 Regenerative agriculture requires a way of working that is different from what we are used to, says Sanne. “We should work together with natural processes. It is based on perennial plants and trees, so it takes a while before you can harvest them.” This approach, therefore, requires more patience and will initially yield less than traditional agriculture. Once it is up and running, however, it is even possible to have a bigger harvest than with traditional agriculture according to Sanne. “The problem is that our soil is already so degraded by the current way of agriculture. It will take time to restore the soil to healthy, living soil. It also takes time to restore biodiversity.” Is it possible? Certainly! Says Sanne. It has already been proven in several places around the world: “It has become clear that we can repair and establish a lot with this regenerative agriculture in just a few years.”

“A different approach to the soil is essential for preserving the beautiful landscape in Twente, especially on the high sandy areas.”

Life as a farmer

Sanne is very proud of the farming profession. She wants to inspire future farmers on how to farm in a future-proof way. She wants young people to choose to become farmers again. That is her mission. “We need more farmers, rather than fewer, who do things differently”, says Sanne. Sanne is currently looking for a location for her farm. Can you help her? Check out her message on LinkedIn.