Willem Kruidhof, one of the speakers at the GROW Green circular event last week, is a true visionary of Twente. Originally, he is an environmental technologist. A craftmanship that is now no longer innovative in itself. Fortunately. In recent years, much has happened in the field of research into a circular economy, globalisation and all (negative) effects between these two now well-known concepts. Willem calls himself a regional development economist, due to his background but also his love for Twente.

Willem Kruidhof has Twente deep in his heart and soul. He was born in Enschede in 1950 and spent his childhood there. After his studies, though, Willem did go to the west. He also lived and worked in Amersfoort for a while. In his thirties, however, he consciously returned to Twente to start a family. “When you’re starting a family, you look for a different kind of environment, where the children can grow up quietly, with space and close to nature. If you want that, you have to be outside the Randstad.” Since then, he has stayed in Twente. The many projects he has done abroad also did not change this. Twente is where his roots are and where Willem is satisfied. “I think the living environment is much better here, compared to the west. Prosperity flourishes here, and people are doing better here than in the west of the country. Living here is nicer, and the environment is better.”

Willem is a regional development economist, which means he analyses how the regional economy of Twente is developing. In the past, he has led many economic projects in Twente as a deputy director at the Overijssel Development Agency (OOM NV). He has always been interested in a circular economy and food production; he is an environmental technologist after all. This combination has led him to research food production for cities. This project was called “Feeding the City”. Willem then discovered that when agriculture becomes more and more global and local food production declines, it has negative effects on the environment and the economy of our region. There is a lot of agriculture in Twente, but we still buy 95% of our food from outside the region, according to Willem. 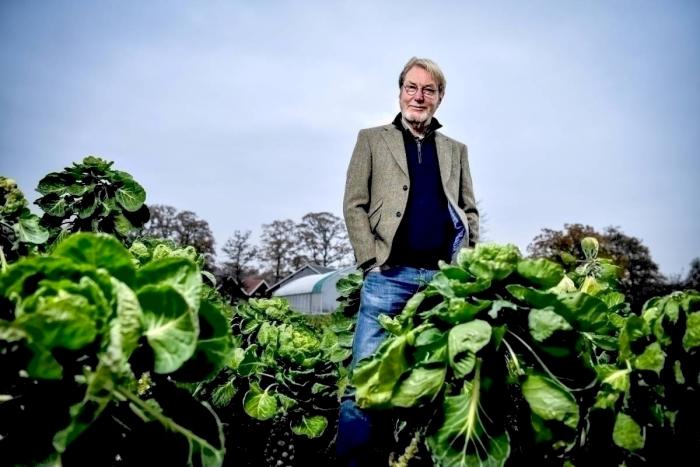 Farmers; more control over their own value

“Twente exports semi-finished products and agricultural products and imports food. That means a lot of added value disappears from the region. This reduces employment opportunities and encourages shrinkage.” Willem advises organising part of this food production locally, simply because this can give us a huge economic advantage. A circular, local food production is also better for farmers in Twente, says Willem. “I am working on the concept of “chain cooperation”, where chain integration on a local scale gives farmers an influence on a fair price for their production. This allows farmers to adjust, and that ensures we can prevent them from being a victim to the price battles of the supermarkets and achieve a good price-quality ratio for their products. Farmers now must work more and more efficient (on a larger scale) to remain competitive with these global chains. We must change from efficient to sustainable, and from agriculture to food. “Increasing the scale means that in a few generation’s time, we will have a large, almost deserted production landscape in Twente. I don’t like that idea”, says Willem.

To make this local food cycle circular, it is important to get rid of all loose ends. For example, manure waste from farmers can be used circularly by using it to grow food or feed in Twente. In that way, waste becomes useful.

The first round of GROW Green full of inspiring ideas

Is globalisation going too far?

“I am not an anti-globalist, because if I were, I would be against our current prosperity. However, I do think we should do something about the negative impact of globalisation, in our interest. We can reduce many negative effects”, Willem says. For a large part, our prosperity is due to global chains and free trade. Still, the more peripheral areas in the Netherlands such as Twente, Drenthe and the Achterhoek do not always benefit from, among other things, food production. Globalisation has led to many local services and products being replaced by services and products from outside our region. For example, Willem calculated that if we get 15% of our food consumption from our region in the future instead of 5%, we will soon add 1500 to 2000 jobs in Twente. “It will never be 100%; we will not be growing bananas in Twente. But, if you manage to raise that 5% to 15%, it will bring you enormous benefits”. 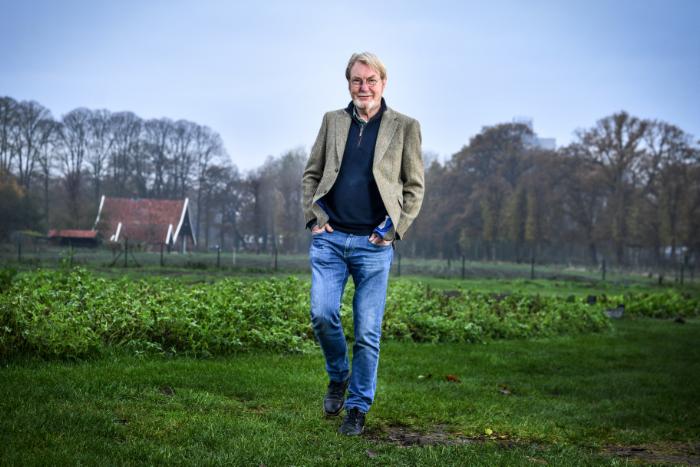 Better for the climate

Not only does this benefit our regional economy, but localising our food production is also good for the climate, environment and nature conservation. “About half of the food production happens in those long global chains, which means there is much waste. Moreover, it saves huge amounts of CO2 emissions if you no longer get your food from South America or Asia but produce it locally.” Food safety is also increasing because, in the case of conflicts, natural disasters or other unpredictable events, we will not be dependent on countries and regions over which we have no control for our food. With his love for Twente, Willem thinks about our region’s best interests, but does not lose his common sense in this regard; globalisation also has its advantages. Will we see Willem’s chain cooperation become a reality in the future? We will keep an eye on it.

This biological ammonia filter has been approved after years of research

Circular construction to relieve the environment

At Hodes Huisvesting, “sustainable living” has a deeper meaning

Farmers from Noord Deurningen find a solution for nitrogen problems

The first round of GROW Green full of inspiring ideas