Roy de Kinkelder studied biomedical engineering at the University of Twente, did six months of research in Japan and worked for the AMC in Amsterdam. After all his wandering, he found the perfect job for himself as a project manager and researcher at Saxion in Enschede. He briefly suffered a culture shock by moving from Amsterdam to Zenderen, but he wouldn’t want to leave Twente now.

This article is part of a series called “Twente Leeft!” (Twente Lives!). You can read personal stories here about living and working in Twente. Twente is a nice place to be, according to the talents we meet. The beautiful nature, space and the down-to-earth mentality all characterise Twente. There are also plenty of career opportunities! Twente has many innovative, international and future-proof companies that are desperate for staff. Want to know what Twente has to offer? You can find Roy de Kinkelder’s story below.

Roy de Kinkelder is entirely in his element as project manager and researcher at Saxion. For him, it does not get any better than carrying out socially relevant projects based on research. During – and after - his studies, he conducted scientific research. “This is important because scientific problems need to be solved. However, doing research and applying that in practice is what truly suits me,” says Roy. “I have plenty of opportunities to do so at Saxion. We are currently working on an extinguishing robot that can be used to investigate the scene of a fire on behalf of four fire brigades.” A fire that starts in a parking garage underneath a building is almost impossible for firefighters to extinguish. It’s tough for them to see because of the smoke. Also, more and more electric cars are parked there, and they are more likely to catch fire than cars that run on fossil fuels. This fire risk is minimal, but an electric car does burn differently from a conventional car and is more difficult to extinguish. The fire brigades no longer want to let their firefighters work in such situations and have come to Saxion for a solution. “It is exactly these kinds of projects that make me enjoy my work. Everything comes together: research, technology and social relevance.”

More things come together at the University of Applied Sciences in Enschede, though; “Teachers, students and researchers are working together in various labs on innovative solutions for the demands of today’s society,” says Roy. “By working in this way, everyone benefits: the educational institutions are aware of what’s going on in the market and of what innovations there are. Teachers take this into account in their work, so education is more connected with the business world. Students benefit by gaining experience in the field they will end up working in, so the transition to working for an employer after their studies is easier. Businesses also benefit from the ideas and solutions of the new generation and can retain talents immediately.”

“As far as I’m concerned, Twente has it all: Enschede and Hengelo are bustling cities where I like to grab a drink or visit a show, but I also like exploring nature and the peace and quiet outside the cities.” 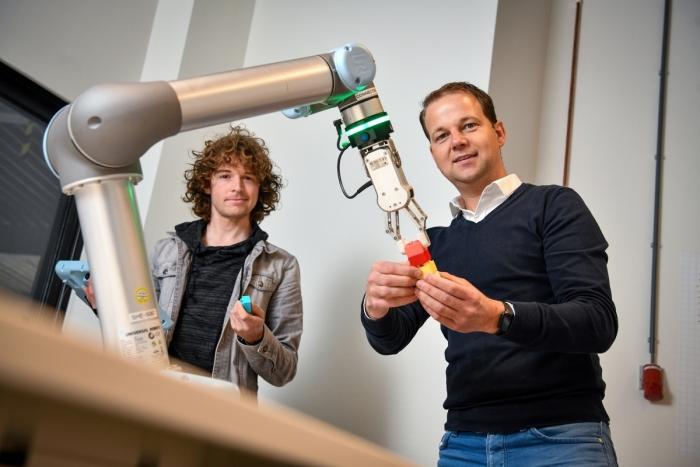 The researcher uses the knowledge that he gained during his studies and with his employers daily at Saxion. His first job was at the AMC in Amsterdam. He worked on improving and developing medical systems. He also got to know his girlfriend Lieke, who lived in Zenderen. A period of commuting between the capital and the village of Twente followed, with a six-month break where Roy worked in Japan on a method for detecting eye diseases using light. “The device works similar to an X-ray machine, but it isn’t harmful to your health. The problem was that due to (automatic) eye movements of the patients, the measurements were not accurate enough. I carried out research and ensured that the movements could be filtered so that they didn’t affect the results. A patent application has been filed for that device.”

Serious step in his relationship

On his return from Japan, he was able to work for the AMC again, but it was also time for a ‘serious’ step in his relationship. They could live together in Amsterdam, but in Twente as well. “I, of course, already knew the region because I studied biomedical engineering at the University of Twente, and I enjoyed it there. I also still visited a lot because of my girlfriend. There are many high-tech companies here that I could work for. There was a vacancy at Demcon in Enschede, and I didn’t hesitate for a moment.” He started working as a project leader at Demcon and worked on developing a new type of ‘breast paddle’ to be used in a mammogram, among other things. This has made breast examinations less painful for women.

Working in Enschede meant living in Zenderen. The movers loaded the boxes from his flat in a popular neighbourhood in Amsterdam and unpacked them in a totally opposite environment a few hours later. “They didn’t know what they were seeing,” he recalls. “I understand that; everything Amsterdam doesn’t have, Zenderen does and vice versa. I still love Amsterdam, but I don’t want to live there anymore. We have two children, and it is important to us that they grow up in a quiet environment. This is the perfect place for that. I come from the Achterhoek myself, and I grew up in Doetinchem. That is not very far from here, and the environment is quite similar.  As far as I’m concerned, Twente has it all: Enschede and Hengelo are bustling cities where I like to grab a drink or visit a show, but I also enjoy exploring nature and the peace and quiet outside the cities. 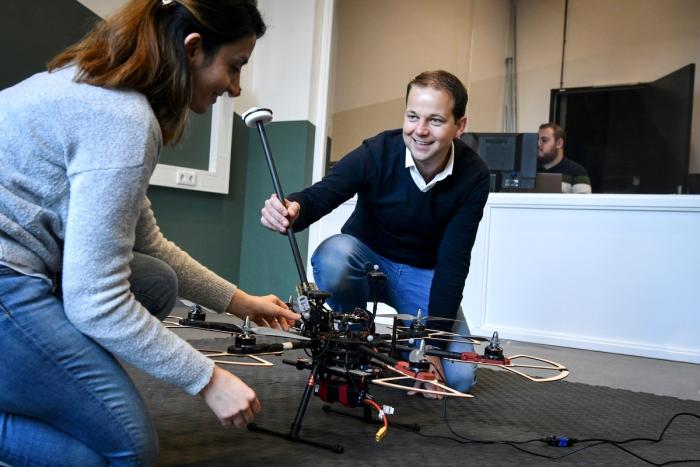 By immediately registering at football club ‘Zenderen Vooruit’ and carnival club ‘De Doldraejers’ in the village, the integration could not have been any smoother or quicker. “Clubs are places where you can get to know people. My girlfriend also has a large family, so I was part of the society in Zenderen in no time.” The transition to yet another new employer ‘had to be’ in our region as well. Many people from outside Twente praise the mentality of the people here. Roy: “I do as well, but to be honest, I can find my feet everywhere. It always works out just fine if you adapt a little and immerse yourself in the people around you. Especially here; people from Twente are open to ‘import’ from other parts of the country.”