Nihad Mehmedović has lived in many different places in his life. He lived in Yugoslavia, Germany, Friesland, Noord-Brabant and Curaçao before settling down in Twente with his family. He came to Twente for love, initially, but he now also feels love for Twente. Not only for developing himself in the IT industry, but also to recharge in his spare time.

Nihad has lived in many different places in his life, most recently in Curaçao. With some colleagues, he could emigrate to Curaçao to work at the new branch for his job at the time. A great opportunity that he could not pass up. Nihad stopped and gave up everything in the Netherlands, except for his online dating profile. He received a message from Nicole when he had been on Curaçao for a while, and they got along great. So great that Nicole came to Curaçao within two months to see if meeting in real life would be as great. Nicole emigrated to the tropical island not much later.

Nihad: “We could build up a life together in that way. We moved in together, our daughter Lise was born there, and we eventually returned to the Netherlands. Curaçao is beautiful, but also very small. It was also essential to both of us that our daughter would grow up with family around her. Nicole chose to emigrate to Curaçao at the time. Choosing to move to Twente instead of back to Brabant was therefore only logical because the least I can do for her is to go to her roots and see how I like it there.”

Nihad had quite a few preconceptions about Twente when he lived on Curaçao. “People sometimes joke about that there’s nothing to do in the east of the country. I was, therefore, a bit hesitant and sceptical when looking for a job. I was looking for something specific because of my IT industry experience: a job as a software developer with specific industry characteristics. I did not know if I could find a job with these requirements, but I ended up talking to four different companies. BrixCRM turned out the be the party that best matched my wishes. They are a relatively small but young and talented company where delivering quality is paramount.”

“People sometimes joke about that there’s nothing to do in the east of the country. I was, therefore, a bit hesitant and sceptical when looking for a job. But when I started looking online, I came across a lot of vacancies for my area of expertise; the IT industry.”

“There are loads of jobs to choose from In Twente, especially when it comes to IT. I still regularly hear about companies that I don’t even know about, but they turn out to be quite big. Besides that, it is often the small(er) companies that do well here. BrixCRM is also a relatively small company with around 40 employees. We have many clients from the Randstad, and we have to make a quick switch when they ask for a customised solution since this requires a certain degree of flexibility, creativity and innovation. A small group can do that so much better than a large company with many branches. Twente has a lot of technical knowledge and innovation, and I like that so much! I also think that is one reason why companies from Randstad choose a company like BrixCRM.”

Twente is packed with talent! Saxion and TalentIT join forces.

Six months later, Nihad is now fully settled and used to Twente. “We had to get used to the Dutch pace in the beginning, but we now feel completely at home here again. I like Twente. It’s a beautiful part of the Netherlands that I did not know. I like the nature here. It is almost ‘un-Dutch’ in terms of nature and space. We both love nature and regularly cycle or go for a walk; the surroundings are perfect for it. We are close to the German border, and often go shopping there, or go to a German zoo. We have everything available here to keep our toddler entertained, and there is always something new to discover.”

“I particularly like Twente’s tranquillity. I’m used to Breda, which is a lot bigger and busier than Oldenzaal. Twente feels like home now; my family is here, and it has peace and quiet, too. I can say that all the preconceptions I’ve heard about Twente are wrong. There is a lot you can do here, both in terms of work and relaxation. There are many opportunities for developing yourself in my sector, but without all the hustle and bustle that the Randstad has. I can also recharge, relax and do a lot of fun things after work.” 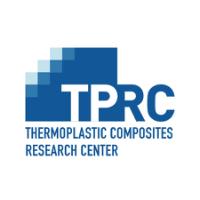 Show all vacancies in Twente
Show all Tech vacancies