Stephen van Staalduinen grew up in Leusden and initially went to Enschede to study Applied Physics. He eventually found out that this study was not for him, but he stayed in Enschede to study Mechanical Engineering. The Twente mentality appealed to him, so he decided to stay on this side of the country after completing his studies. He now as an interesting job at Minivalve, where he works as a Tool Engineer.

This article is part of a series called “Twente Leeft!” (Twente Lives!). You can read personal stories here about living and working in Twente. Twente is a nice place to be, according to the talents we meet. The beautiful nature, space, the down-to-earth mentality; they all characterise Twente. There are also plenty of career opportunities! Twente has many innovative, international and future-proof companies that are desperate for staff. Want to know what Twente has to offer? You can find Stephen van Staalduinen’s story below.

Stephen van Staalduinen grew up in Leusden. He liked playing outside, loved fishing and liked helping his father with DIY projects. “I always liked visiting friends and classmates that lived more freely outside the village. We would play around in a cornfield or go on an expedition to an abandoned house, for example. When I went to secondary school in Amersfoort, I got more acquainted with the city. The great thing was that Leusden and Amersfoort are close to each other, so everything you need is close by. This was also the case when I moved out and went to Enschede: like in Amersfoort, everything was close by. 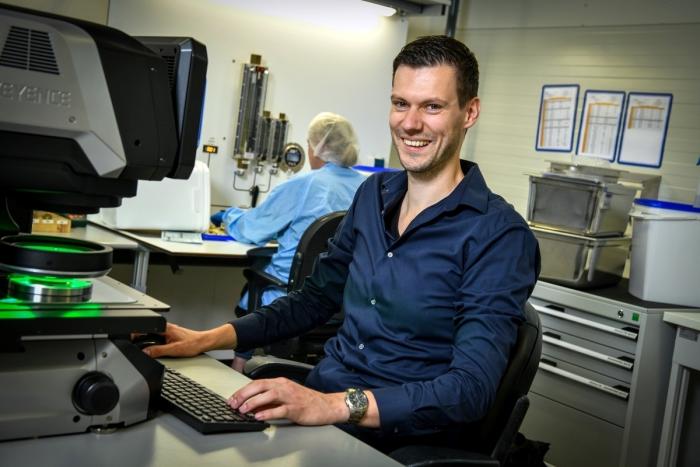 Stephen started studying Applied Physics but found out that the study was not the right fit after two years. He passed the propaedeutic year and stayed at the Saxion in Enschede to study Mechanical Engineering because he did know that he wanted to work in engineering.

He loved the student life in Enschede. He joined a student association, regularly went out with friends, did several internships in the area and met his current girlfriend. He completed his study after four years. “I did my first internship at Minivalve and enjoyed it. I kept in touch with my supervisors, afterwards. I went back to Minivalve after I completed my studies for an interview, and was able to start my new job shortly after.” 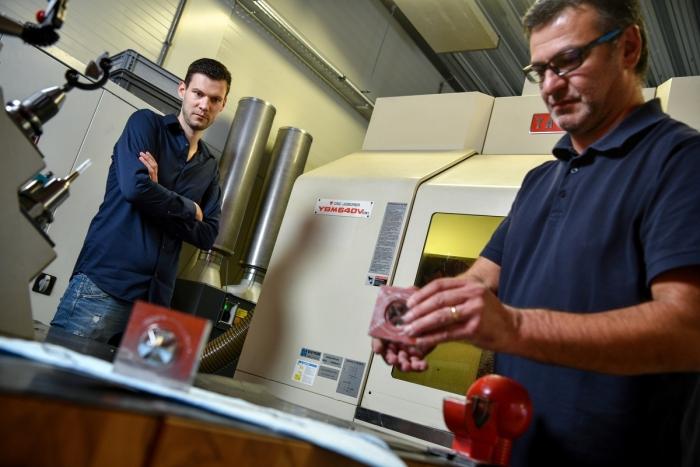 Working in a high-tech region

Stephen has always been interested in technology. So it was no surprise that he would choose a study and job in that direction. “I have always been technology-oriented, but I did not know what I wanted to do with it. Minivalve works in a real niche market, but it is still extensive at the same time. We develop and manufacture self-actuating precision valves for many different industries. They are used in medical devices, for example, but they are also used in the automotive industry. This variation and the challenges of the market is what makes this job so interesting.”

“I am a Tool Engineer at Minivalve. I develop the moulds and am involved in everything concerning their further development, from developing to outsourcing and from assembling to supervising the production. It is the right job for me. It is very precise work, and that suits me. I have a perfectionist attitude. That also benefits the fine-tuning, since everything has to be done very precisely.

“Twente is a great region for working in the technology sector. There are many metal companies here, but it is also a high-tech region with a lot of innovations. I like to follow the latest trends in technology, and I expect that there will be many more exciting innovations in the future. These innovations will not only be developed in other parts of the world, but they will also be from Twente. State-of-the-art trends in technology are used at work, and there is plenty of room for new developments. I find that very important in a workplace.” 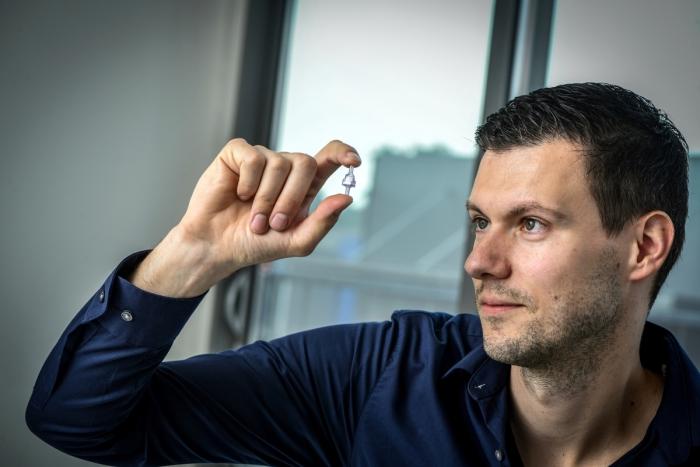 Stephen has not only found the right job, but he also feels entirely at home In Twente. “Everyone in Twente has a very sober mentality. People are very to-the-point; they are honest and direct. It was also amusing to me that people here always greet each other, even when they do not know each other. The greetings and the down-to-earth way of looking at things is something I do not recognise from my childhood in Leusden, but I immediately liked it.”

“My girlfriend and I moved to Oldenzaal after our studies, and our neighbourhood was very welcoming. We were taking the step from being students to living in the “adult world”. One of the things that immediately struck me was how easy it was to make contact with the neighbours and other people. But also how active the people here are when it comes to organising parties and activities. It is so nice to throw a big party for someone having a birthday, or putting up a stork together with the neighbourhood when a baby is born. That is something that defines Twente.”

Stephen also says that the Twente mentality has affected him. “I have learnt to be soberer myself, and I will automatically greet a stranger in the street. I am slowly but surely becoming a real Tukker.”

Twente lives
Twente is the ideal place to live and work, according to the talents we meet. Want to know why? Read personal stories about living and making a career in Twente on twente.com/twente-leeft. Want to look for a job immediately? Then take a look at our extensive job site.

Algorithm guide: the viewing guide for data and algorithms