Ken Moss has lived in the Randstad for three years. He was there to pursue his dream: working for the national media as a cameraman. Once there, he realised this was not the place for him. And so, Ken returned to Twente and found a suitable challenge here. He is a freelance cameraman at 1Twente. Moreover, he found the peace and recognition he was looking for. “Twente is just a nice place to live and work”, says Ken. Read his story below.

#twente lives
#vacancy
#work
#talent
Enschede as a home base

Ken Moss (22) has spent most of his life living in different places in Twente but was born and raised in the city of Enschede. “I come from, in my opinion, the most beautiful city in the world: Enschede. My family is originally from England, so I like to call myself a “British Tukker”. Although I have warm feelings towards my British roots, I am and will always be a Tukker (person from Twente). After all, you can take a Tukker away from Twente, but you cannot take Twente from a Tukker”, says Ken. Only when he moved to Rotterdam in 2017 did Ken notice how much Twente meant to him. In Rotterdam, he studied to become an Audiovisual Specialist, with a specialisation in camerawork.

“After all, you can take a Tukker away from Twente, but you cannot take Twente from a Tukker”

It was Ken’s dream to work for the national media. Camera work is his passion. “The plan was to work in the Randstad, but Twente started to become appealing again at some point.” So, after three years in Rotterdam, Ken finally returned. Fortunately, he immediately found a suitable challenge in Twente. “I always say that if you want a job, you will find one. If you are looking for something specific, it might be different. When it comes to the world of media, it is generally difficult to get in; a big part of it is about connections and building up a good portfolio. That is universal in the media world. In my opinion, getting into the media world in Twente is no more difficult than how it would be in the west.”

Ken is currently working as a freelancer and works using his own company’s name; Beeldbuysch Films. “I have a special preference for Old Dutch. A “beeldbuis” was the name for our old television sets. I gave this world an Old Dutch “touch”. That’s how the name came about.” He works as a freelancer on the editorial board of 1Twente. 1Twente is a collaboration between local broadcasters in Twente and can be found on television, radio and online. It is the news with a touch of Twente. Ken is a journalist, cameraman and designer at 1Twente.

“You feel like you’re being pulled, and the pull does not stop until you’re back. Then, you immediately experience a sort of peace.”

What does an average day in the media company look like for Ken? “We always start a day with a schedule of what we are going to do that day. Then everyone starts working with their discipline. It is always very pleasant, but every day is different and can be full of surprises. Recently, for example, I was suddenly asked if I could create an item about a sinkhole in Enschede North. In the end, there was no sinkhole, and so we started working on something else again.” Ken and the other editors of Twente are always looking for news in Twente. Their goal is to be there immediately. “Our slogan is “Know what’s going on”. We want people to know what is going on in the region and report this as well as possible.” 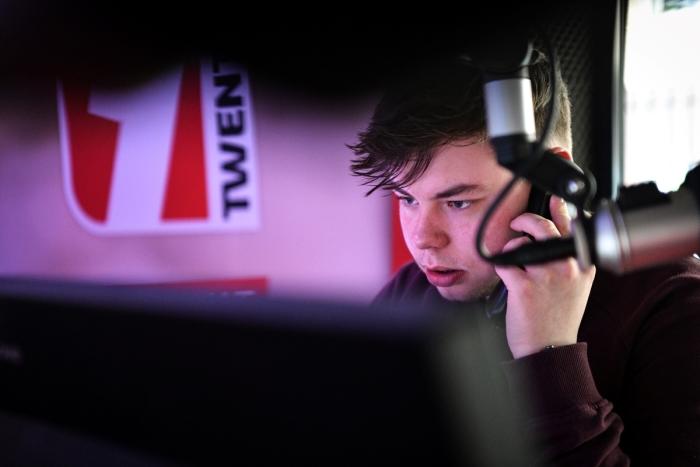 During his time in the West, Ken always felt a little homesick but could never put his finger on it until a certain point. “I can remember my Dutch teacher explaining something during a lesson with a Rotterdam accent. That is when I realised that I do not belong there at all.” Ken did not like the mindset in the Randstad as everything feels rushed. Besides that, Ken is more attracted to a green and wooded environment. However, this is not the only thing. The feeling of loss went deeper than this. “I have also lived in the countryside near Tilburg for a while. But when I was cycling around there it all just felt different. It is hard to explain, but it just did not feel right. The moment I pass Deventer by train, I can always feel myself becoming relaxed.

“The moment I pass Deventer by train, I can always feel myself becoming relaxed.”

Back home at last

The feeling of belonging somewhere is difficult to explain, but it is recognised by many people. Ken had a nice way of saying it: “You feel like you’re being pulled, and the pull does not stop until you’re back. Then, you immediately experience a sort of peace.” Ken only returned to Twente five weeks ago, but immediately knew he made the right choice. “When I drove through Enschede on the day I returned, I sighed with relief. It felt familiar, peaceful and good. It also felt like I had only been gone for two weeks, life just went on.” Ken is back home. 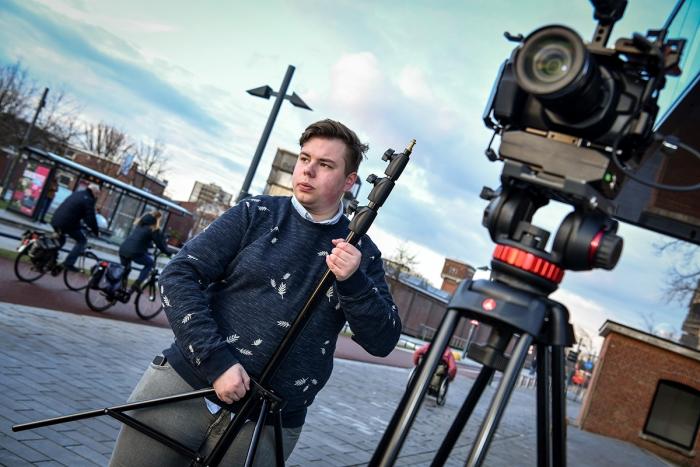