Ines Duits ended up in Twente when she started a master’s in computer science at the UT. She is an expert on the complex and ever-changing digital world. She is currently working at InnoValor, a company from Enschede that was recently named startup of the year. She has also written a children’s book about programming, hacking, and everything else that has to do with computers. Ines wants to make the digital world accessible. She does this from Twente because this is the most logical place for her to do this.

In the meantime, Ines has become a true Twente citizen. Originally, she is from Arnhem. She followed her bachelor’s in computer science at the University of Utrecht. From a young age, Ines has had a passion for computers and everything else to do with the digital world. She remembers that, even as a child, she was looking for books about computers in the library. She eventually moved to Twente to specialise in this world, by doing a Master’s in Computer Science with a specialisation in cyber security at the UT. If Ines is not busy with computers, she can be found on the Twentekanaal in a canoe. “I got to know canoeing in Twente during my student days, it’s simply enjoyable to do!” 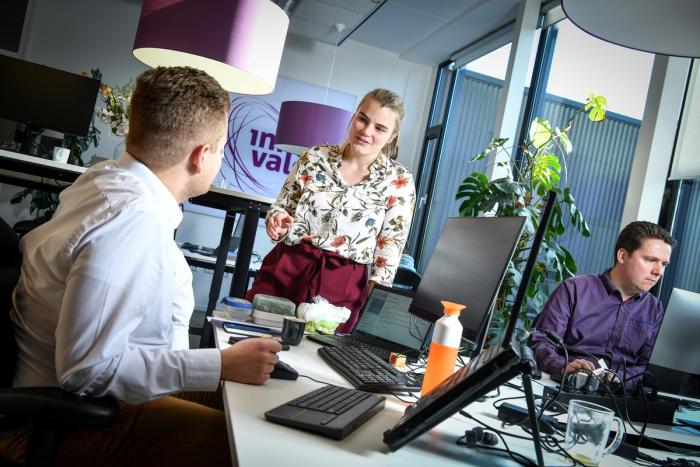 Ines liked it very much in Twente, but after her studies, she went looking for a job mainly with companies in the West, out of a matter of course. Fortunately, InnoValor from Enschede came across her path. The company and the position she was able to fulfill there suited her better than the positions she encountered in the Randstad.

“I have absolutely no regrets about staying. Twente has a nice combination of nature and city. Within five minutes of cycling, I already feel like I’m in a forest. I like that contrast.”

Besides that, I like the atmosphere in Twente. Enschede is a great city, and when I go for a run, people just say hello to each other. I also like the directness of people.”

Become familiar with the digital world

Ines wants to convey her love for computers and the digital world to a larger audience. It is a world that now forms a large part of our lives. You can do a lot with it, but not everyone fully understands. Especially when it comes to how we should deal with data and online privacy, much remains unclear. Ines sees it as her mission to shed more light on this. She does this professionally, at InnoValor, but Ines has also published a children’s book called “Hackers met Hoedjes”.

Ellen wants to work on a more inclusive Twente society

Arian and friends start a creative giant in Twente

“I enjoy explaining things to young children or just people who don’t know much about the digital world and programming. My book “Hackers met Hoedjes” is one of the most recent ways in which I express this.” Ines believes it is important to show children that Computer Science is fun. “I want children who read my book to think: “This is cool!”, just like becoming a doctor or an astronaut, you could become a computer scientist.” In addition, the book naturally serves to explain everything about programming, computers, the internet, and hackers. Ines does this in fifty small chapters where complex subjects become clear through understandable language and fun illustrations.

“The goal of my book is not for everyone to become a computer scientist. I want to show the youth that so much more is possible with a computer or a mobile phone than playing games.” 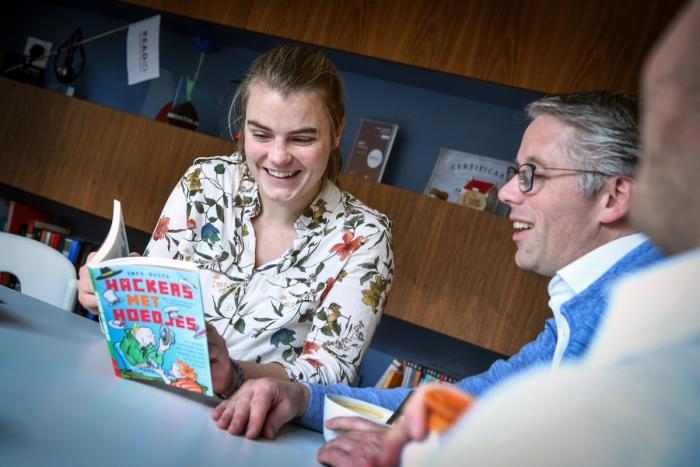 Ines does the same while working at InnoValor. She tries to give an explanation to companies about products or software that they do not fully understand but still want to use because it can create extra value for them. “InnoValor is a company that tries to create digital value for other organisations. I am a digital identity and privacy consultant. I also contribute to our mobile identity verification product ReadID, which helps prevent identity theft worldwide. I advise organisations such as banks and governments about digital innovations, and in particular, how people can gain control over their digital identity and personal data in a safe and user-friendly way. In this fast-changing world, Ines’ advice to organisations is valuable. There are many initiatives and new technologies, but it is difficult for companies to estimate their usefulness. Which trends do they have to follow, and which trends can they skip for now? In addition, something very important, according to Ines: “How companies deal with privacy. Everyone stores so much data nowadays, but not everything is allowed by law.” Ines finds the technical aspects of her work interesting, but she also finds the social side very important. Not only her customers but Ines herself, too, still have much to learn. “I hope to learn a lot more and use it to contribute to the world.” 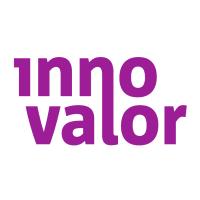 ICT / Internet / Telecom | Voltijd | Universitair (WO)
InnoValor is a fast-growing fintech company that is conquering the world wide market with the ...

ICT / Internet / Telecom | Voltijd | Universitair (WO)
InnoValor is a fast-growing fintech company that is conquering the world wide market with the ...