Connect the world with Twente

Ellen Kuipers, Brand Manager of Twente Branding since this year, has developed a striking new strategy for the foundation that is meant to market the companies in Twente. An approach in which Twente presents itself not merely by telling the outside world how attractive the region is, but by connecting the world with Twente. Connections are made around powerful economic clusters such as renewable energy, medical technology, smart industry and safety & security.

In the past seven years, Twente Branding has made a strong case in and for Twente. Twente now identifies itself by the red colour and the white prancing horse. Thanks to Jan Noltes, also known as Mister Twente, according to Ellen Kuipers: “He united Twente by branding as one. A difficult task when there are 14 municipalities, each having their agendas. The image of the whole region is easily fragmented. Additionally, Jan stimulated cooperation by organising the Rode Loper, a big, yearly event where Twente boasts itself by recognising its successes”.

Work at the intersection

Ellen: “It’s going well because let’s be honest: there are worse places to live and work”. If anyone knows, it’s her. Born in Borne, living in Hengelo and with a steady career at the intersection of branding, design, identity, marketing, PR, communication, lobbying and networking. She showed herself, as it should be in her business, with her label Totally Ellen. Currently, Ellen is involved in various projects. To start with, the transformation of the former Twenthe airbase into the Technology Base, Twente Airport and the Safety Campus. Also, the development of high-quality living environments such as 't Vaneker and Prins Bernhard park, an advisory role in the profiling of Port of Twente and responsibility for the marketing and communication of Space53, the test and training centre in the field of drones. "I cannot be put in a specific box, but I enjoy working at the intersection of politics, governmental ambitions and opportunities for sustainable economic regional development."

Market companies in Twente even better

Besides her work, Kuipers manages to find time for her two kids of 8 and 10 years while her partner spends most of his time on a technology start-up in San Francisco. Nevertheless, she took up the challenge of succeeding Jan Noltes as Brand Manager. Twente Branding, directed by Marc Woesthuis of Trimm and funded with both public and private money, has over 80 partners. They were soon confronted with Kuipers’ new strategy to market Twente.

“It is wonderful to be able to contribute to the economic development of a strong and sustainable Twente. In my opinion, people who are not proud of Twente will never be. In any case, we must market companies in Twente even better. That means reaching out. Of course, to the rest of The Netherlands, but mainly internationally. We must be recognised and noticed in our areas of expertise.”, says Kuipers. That is why her strategy focusses on the areas where companies are profitable and do good business. Twente must be recognised in those fields. The core of her strategy is two-fold: collaborative communities and differentiation on technology clusters. Such clusters are connected to companies, organisations and governments, globally. The global goals, megatrends, big data, content marketing and database enrichment play a significant role. The power of Twente is its ability to collaborate. As an example, Kuipers mentions the large order from Mecixo regarding the recycling technology developed in Twente. Four companies, Powerspex, WTT, Stork and Host, will collaboratively tackle recycling issues in Mexico City. “Individually they probably wouldn’t have been able to get the job, but united as one, global opportunities are in reach”. 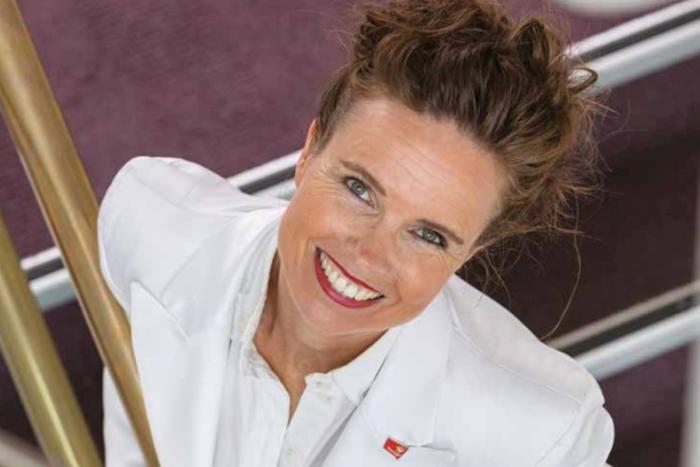 To commercialise this concept, the Brand Manager is planning to form clusters. Of course, High Tech Systems and Materials will be such clusters as they are Twentes’ specialism, but sectors like MedTech are also upcoming and promising, for example. Real power is not just in the hands of big companies anymore, according to Kuipers. “Ten Cate is the only company from Twente in the Top 50 of most valuable companies in the Netherlands. A bummer for Twente, but companies disappear. That is how it goes. It’s out of our hands. Moreover, the world is changing rapidly. Hilton was founded nearly a hundred years ago and now has more than 600,000 rooms in 88 countries worldwide. Now take Airbnb. In just a few years they disrupted the hotel branch, now have more than 650,000 rooms in over 200 countries, and they realised this with a much smaller team. I believe the future is in the hands of micro-communities. Powered by technology, they can make a difference and be extremely flexible.” “There are plenty of examples. Four companies from Twente won the job from Mexico City: earth is calling Twente. We have such an enormous amount of innovative technologies and expertise, usable in various fields such as the agricultural sector, industry, care, tourism, and more. We have the University of Twente, Saxion University of Applied Sciences and ROC van Twente, we have top locations such as Hightech Systems Park in Hengelo, the Technology Base and Innovation Campus Kennispark in Enschede. With its companies and knowledge institutions, Twente has answers for global social issues. If a company, organisation, city or country has a problem or challenge, then Twente should be considered. In Germany, Finland, Singapore, China and South America. Because we can solve those problems. Maybe individual companies cannot, but ten collaborating companies, acting like one large company, can do the job.”

It is a change in how Twente shows itself. More collaboratively, in clusters. Additionally, Twente Branding supports trade missions, if it’s up to Kuipers: “By presenting as one, for example at Semicon in Munchen in November. For Twente this is an important exhibition, so we have already scoured the list of exhibitors in search of companies that do not yet have a branch in Europe. We want to be on their radar. To be efficient and effective we start prior to the exhibition, using multiple contact moments. This way we move from branding to marketing, aimed at lead generation and database enrichment.

Big data-driven marketing efforts must make the difference: “We market Twentes companies mainly online by using insights, context, keywords and databases. This way we hope to get noticed by high potentials”, says Kuipers firmly. “The era of billboards is over, and we now need to focus on content marketing. Our strategy must be so effective that everyone looking for a solution regarding high-tech systems, safety & security of medtech must be able to find Twente based on keywords. Anywhere in the world.

It is an interesting approach, but there are also pitfalls. Ellen Kuipers acknowledges those. “In the first place, I am deeply concerned about the inflow of enough talent to remain distinctive and to stay ahead,” she says: “I see many companies struggling to find well-trained people. A second point is the accessibility of Twente. Our companies at the top locations need to be much better reachable, both physically and mentally.”

Kuipers exudes optimism and conviction. Whether her vision and approach succeed will only become apparent in a few years. In any case, Ellen Kuipers knows what she is doing it for: “For Twente. For the economy and employment opportunities. Good economic times are good for the theatres, museums, sports clubs and retail. Twente is a beautiful place to work and live. Together we will make Twente more valuable in the coming years, which will increase the Gross Regional Product, in turn making us all benefit. That’s how we create a strong and sustainable Twente for all."

Connect the world with Twente