Carlien (25) is a true businesswoman. She has taken on an important and ambitious task: retaining and attracting students in and to Twente. However, Carlien is optimistic and looks at it very positively. Twente simply has enough fun, challenging and interesting companies that are desperate for staff. With her company Studentpower, she links students to a Twente company during their studies through a part-time job.

Born and raised in the small town of Buurse. Carlien was always satisfied here, but she was eventually ready for bigger challenges; the city was waiting. On the other hand, she does like the quiet and calm nature of Twente as a region. Fortunately, Twente has a nice balance between city and countryside, so Carlien could find a nice place to live here too.

Carlien has made several detours during her studies. For example, she studied music therapy for a year, attended MBO for a year, and finally studied communication at Windesheim in Zwolle. Carlien came back to Twente after this and now lives in Almelo. Despite the detours, she has found her destination; she finds her passion in entrepreneurship and supporting talent. Carlien links students to Twente companies through fun side jobs. She does this through her company, Studentpower. “If you hire second-year students, you can show them the business world, and they will get a feel for the company, but for Twente as a region as well since they work there.” Perhaps it was because she was looking for jobs herself during her time as a student that she wants to help others with this.

Carlien describes herself as a real workaholic, very career-driven. The fact that she works on self-development even in her spare time reflects on her ambitions. She enjoys reading books focused around business and self-development. Carlien is a go-getter, and you can see she is a great entrepreneur through the success of her company, which was established in March 2019.

"Twente simply has enough fun, challenging and interesting companies that are desperate for staff."

Studentpower is a vacancy platform for study-related side jobs. She ensures students are introduced to the beautiful companies Twente has during their studies. “Through my company, companies get a chance to show what Twente has to offer. I think students often do not know that there are so many cool and innovative companies in Twente”. It allows companies to attract new talent at an early stage, and to train the perfect employee. “I think this is a great concept in Twente, especially, and this is noticeable in the enthusiastic reactions. So that’s great!” Carlien’s young company is already very successful; expansions to Amsterdam and Rotterdam are already planned. 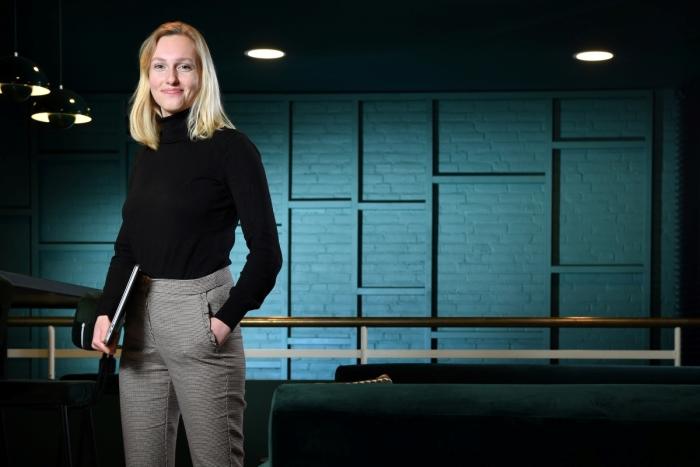 Develop yourself in Twente

Carlien is not the only one who develops herself in Twente. She thinks Twente is also perfect for talent to grow. “If you do not want to work at a big corporation where everything is already established, and there is little opportunity for your contribution, then Twente offers you great opportunities for self-development. That’s the great thing about working in Twente.” Now that Carlien is in the Randstad a lot due to the western expansion of Studentpower, she sees a clear difference in the business mentalities. Twente is much more open to cooperation.  “That’s what I find so special about this region. I am in the Randstad a lot now, and you don’t see it nearly as much there. I think it is also great for starting entrepreneurs like me if people are more open for collaboration; just so you do not have to solve it all yourself, because creating a startup is tough enough already.” Of course, Twente is known as a favourable climate for (innovative) startups. For example, startups receive support from, among others, the University of Twente and Novel-T.

A message for connection

The connection between Twente and the rest of the Netherlands is very important, according to Carlien. There should be more attention to bringing Twente’s message outside of Twente. Twente does not stand on its own but has added value for the entirety of the Netherlands. Carlien hopes this can be seen through her efforts. Finally, Carlien thinks it is very important that companies from Twente themselves also do more to attract talent by talking to students. “Really listen to the students and work together!” Then, as a company, you can respond to their desires and attract and retain talents.