Hospital and patients on the move

Exercise often positively impacts the health of sick people. ZGT is, therefore, investigating how the hospital can stimulate patients to exercise during admission. A serious game can motivate patients to make an active contribution to a faster recovery.

During hospitalisation, patients spend an average of 60-90% of the day sitting or lying down. Surprisingly, this high percentage does not necessarily have a medical reason. In fact, in practice, it appears that most patients can move much more than currently is the case. Moving during a hospital admission keeps people fit and muscles stronger, in turn positively influencing the independence of others. On top of this, moving reduces the chance of complications and enables the patient to return home sooner.

Decreased physical activity before, during and after hospitalisation is an important factor of deterioration in physical and cognitive functioning. ZGT aims to change that by developing into a ‘moving hospital’. This means that the hospital will encourage patients to move as much as possible during their hospitalisation, which is in the interest of the patients.

Fewer traffic jams and less CO2 due to MST

One of the innovations with which ZGT wants to motivate patients to contribute to their recovery actively, is the development of a serious game. With this game, the hospital hopes to intrinsically motivate patients to move more. The game can be played alone or with others and before, during as well as after hospitalisation.

ZGT expects the serious game to contribute to the preservation of physical functioning. If those expectations turn out to be true, not only the patients benefit by receiving optimum quality care, as healthcare costs are also lowered. The serious game by ZGT is an example of Value Based Healthcare. 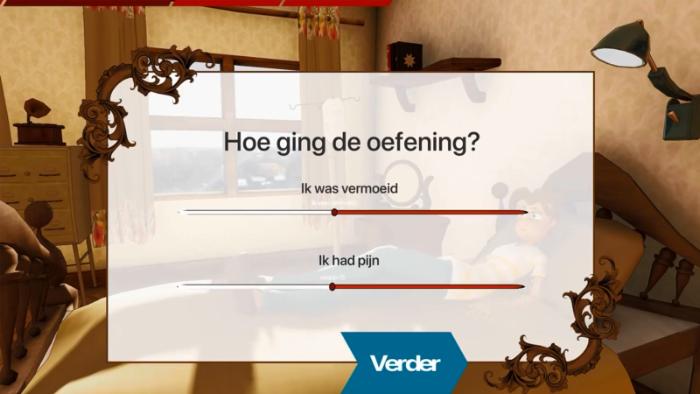 Employees were asked to complete a survey to inventory whether ZGT is ready to become a ‘moving hospital’. The results of the research are shown in this factsheet and will be used to develop the ‘moving hospital’ further. The research is a collaboration between ZGT and the University of Twente, among others. The university has its own “Centre for eHealth & Wellbeing Research” from which innovative technological developments in Twente are set up and supported.

Marc Kaptein is proud of Twente

B Corp Twente: We want to have an impact on society and make a living with it

TechMed Centre is working on the healthcare of the future

Smarter stitching for a better quality of life

Can this solution from Twente help us with going back to our offices safely?

TenCate Protective Fabrics and partners are developing a sustainable solution for the shortage of medical isolation gowns.

Invention by VyCAP accelerates the development of a drug against corona

Earth is calling... the University of Twente

Extra hygiene where we do still meet

Earth is calling... you

Renske puts research into practice through the UT’s TechMed Centre

MST the only Dutch hospital with a radiation accelerator

Aniek brings exoskeletons to Twente. “We are ready for industry 4.0

Fewer traffic jams and less CO2 due to MST

Earth is calling... Collaboration between human and laser

Demcon is exporting technology and knowledge

A first: a sniffing drone in search of toxic substances

The newest technology during the oldest marathon in the Netherlands

Healthy and vital people in Twente

Smart sensors during the Enschede Marathon

VIRO offers customized solutions for a new piece of world

App from Twente will create a smoke-free world