Twente has traditionally been a textile region. Much has changed in the meantime. The production of clothing was moved to low-ware counties, especially in the mid-twentieth century. Still, that does not mean Twente turned its back to textiles. It is now focused on new and future-proof textiles. Texperium is one of the pioneers involved.

Texperium is an open innovation centre where research is conducted into the reuse of textiles. Texperium’s goal is to turn old textile into new yarns that can be used to produce, among other things, clothing. In this way, Texperium closes the production chain and develops high-quality circular products. In recent decades, clothing production has increased exponentially, and clothing has become a disposable product. Texperium products are the key to reducing the negative impact that clothing production has on our climate.

So, how big is our problem with the amount of textile waste? Paula Konter, director of Texperium, answers: “Indescribably big. It is such a major problem that recycling companies often decline more textile waste. They have too much textile already and are not able to sell enough. There are too few options for turning textile waste into products.”

Textile waste is the second largest problem in our consumer society, after plastic waste. The textile industry is very polluting as gigantic amounts of water, paint, and other raw materials are needed in production. Recent research has shown that, on average, every Dutch person discards around 40 items of clothing per year. Nine of them are reused, which means they are worn by someone else. Seven items are recycled, and the others are incinerated after ending up on the waste dump. 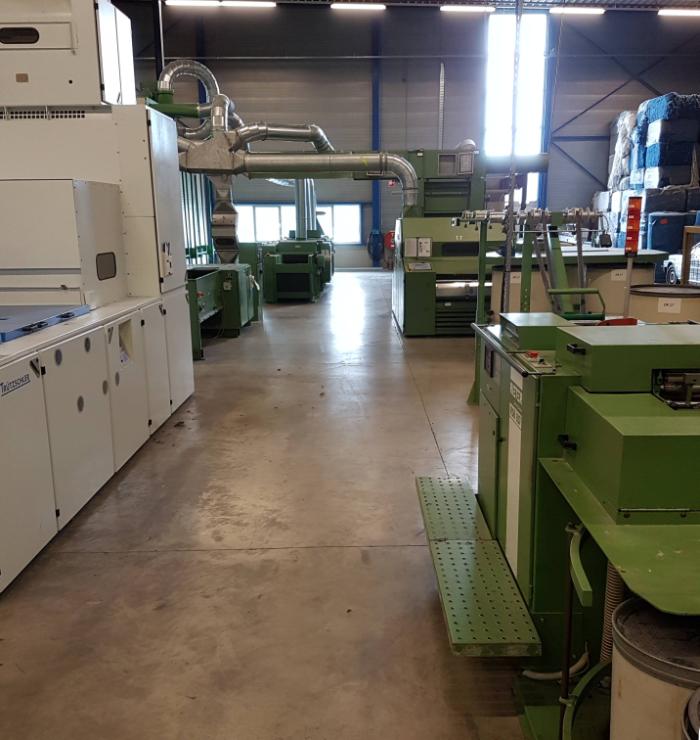 Texperium hopes to change this with its circular mission. A circular economy is aimed at eliminating waste by cleverly dealing with waste and residual products. For example, waste streams from one industry can be used as a raw material in another, or even the same industry. Texperium uses textile waste as a raw material for new clothing, curtains, towels and other textile products. Texperium has the ambition to ensure that textile recycling becomes ‘business as usual’ within a foreseeable number of years. For that to happen, the transition to the circular economy must take place.

In the Netherlands, around 80,000 tonnes of discarded textiles are collected by various institutions and charities per year. However, around 140,000 tonnes are not collected. In the Texperium production facility, old and discarded textiles are pulled apart, after which new yarns are made from the fibres. Texperium focuses on developing these high-end yarns because it is most complex and has the most applications. Produced yarns are only used if they match the quality of ‘new’, non-recycled yarns. Producing and developing these recycled products is much more difficult and requires more knowledge compared to developing new, ‘regular’ yarns.

“All products we produce are distributed on the market.”, says Paula Konter. For example, Texperium has produced towels for the Dutch defence. The towels consist of 40% recycled material. The Ministry of Defence has purchased 100,000 of these circular towels. In addition, Texperium has turned old cabin crew uniforms from KLM into scarves and produced pullovers for WE Fashion. 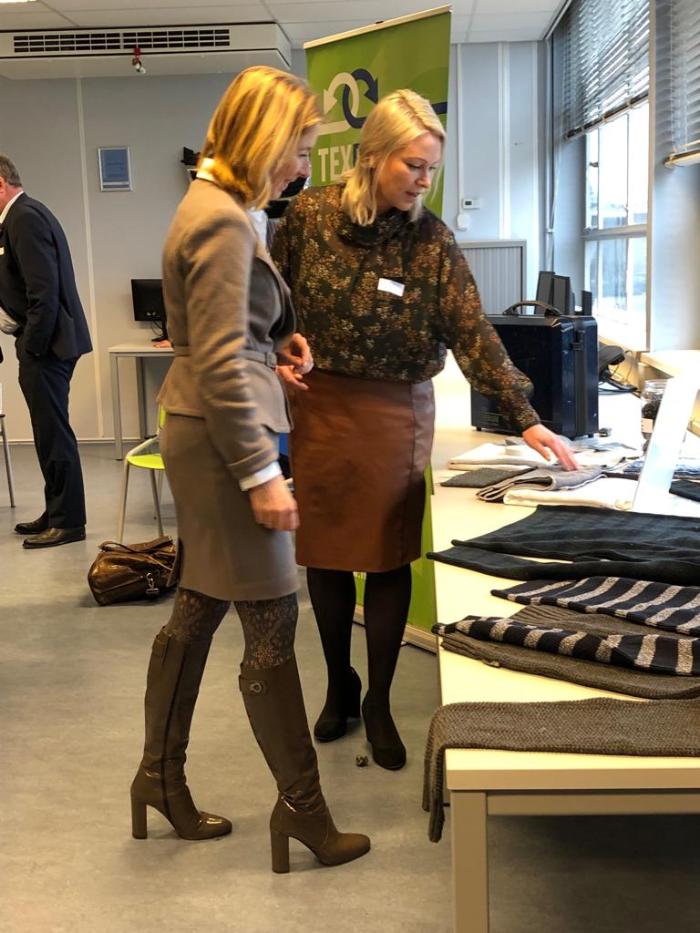 Texperium closely cooperates with local weaving mills in Twente. “We approach such parties with our mindset of making regional sustainable products together. Together, we put Twente back on the map as a textile region, but in a modern style. Parties see the added values and want to cooperate.” Cooperation is going so well that Texperium is going to expand its factory. This way, they can produce more circular textiles.

According to Paula Konter, Texperium can go a long way as a solution for textile waste. Is this form of recycling the best solution for our discarded clothing? “No,” says Paula Konter. All textiles that are reusable do not end up at Texperium. It is better to reuse the item as it is, as re-wearing is better than recycling.” Texperium is looking forward to new initiatives in the textile recycling industry, as the entire industry must be turned around. New applications are very important in this process. “We think it is very important that clothing is no longer incinerated. The problem with incineration is that people collect clothing, feel good about it, but in the end, it is not reused because there are insufficient applications.”

Steps forward are taken if companies take responsibility for the waste their industry produces. “I believe that companies that produce waste are responsible for that waste. Companies should consider whether their waste can be reused.” Large clothing chains, such as H&M, are launching sustainable initiatives. For example, by collecting old clothing and launching a sustainable clothing line consisting of at least 50% sustainable materials. According to Paula, however, until now, such initiatives have mostly been marketing tricks. Large chains can do much more. Textile prices are still leading. This means that clothing production stays in low-wage countries, even though sustainable textiles such as those from Texperium are only slightly more expensive.

Circular Textile Lab: a major breakthrough in recycling 100% of clothing

TenCate Protective Fabrics and partners are developing a sustainable solution for the shortage of medical isolation gowns.